The workplace is one of the most common places where people are injured. Every day, people are hurt in accidents on the job. For such injuries, the state requires that employers provide worker’s compensation insurance to cover the costs of medical expenses, missed work and if they worker must go on disability.

However, sometimes, worker’s comp does not pay out like it should. In other cases, there might be other parties responsible for the injury. In either case, an attorney can help the worker get the compensation he or she deserves.

ReShea Balams is an Atlanta workplace accident lawyer who assists employees with worker’s compensation and represents them in claims against third parties responsible for on-the-job accidents. If you were hurt while working, it is critical that you not leave any options for compensation on the table.

Atlanta has a diverse economy, with a wide range of employers. Some of the biggest areas of employment include:

The Coca-Cola Company, headquartered here, is also a significant source of jobs.

Each job had its own pitfalls. Even office jobs have certain hazards, like slip and falls and escalator accidents.

Some jobs, though, are more prone to injuries. People who work in construction, for example, are around heavy machinery and large materials that move around the site. Utility workers are frequently outdoors and much climb to high spots sometimes. Employees of UPS and FedEx must walk around with heavy packages. Workers in factories may be around dangerous chemicals.

An injury as a result of an accident may be immediately apparent. However, people who work in a certain environment may be exposed to elements like toxic fumes that may have a long-term effect on the person’s health.

Worker’s Compensation is a state-regulated insurance program for workers injured on the job. Employers are required by Georgia law to carry this insurance, which pays for medical expenses, two-thirds of weekly wages if an employee must miss work due to an injury, and disability insurance if the employee is unable to work or must work at a reduced capacity.

It does not matter who was at fault for the accident. Even the employee seeking worker’s compensation is responsible, he or she may still receive it.

Worker’s comp is designed to avoid litigation. Sometimes, though, the insurance company may attempt to deny recovery for workers applying for worker’s compensation. At other times, it may unnecessarily delay investigating or reaching a conclusion, or pay less than the amount they should pay.

When worker’s compensation does not pay, an attorney can seek to push them to pay out the full amount of benefits deserved.

Other Parties Involved in Workplace Accidents

Not everyone at the workplace is another employee, or an employee of the same company. A third party could cause an accident for an employee. Third parties might include contractors, vendors, the manufacturer of a defective product used at the workplace, and even customers and clients.

When a third party is responsible for an injury, the injured worker may seek compensation not only from worker’s comp, but also from that third party.

Georgia State Board of Workers’ Compensation: This state agency oversee the workers’ compensation program in Georgia.

Georgia Department of Labor: The DOL is charged with enforcing workplace and industrial safety laws in Georgia.

ReShea Balams is a skilled Atlanta workplace accident lawyer who can represent you to ensure you have all the resources available to you if you’ve been hurt on the job, whether it is full access to worker’s compensation or recovering from responsible third parties. The Balams Firm represents people in Fulton County, Cobb County, DeKalb County, Gwinnett County and Clayton County.Call (404) 445-2005 today to set up a free consultation. 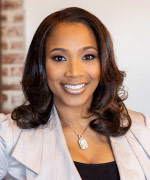