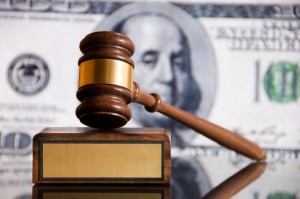 A jury in Georgia has found automaker Chrysler responsible for the death of a 4-year-old nearly three years after the child was burned alive in a Jeep Grand Cherokee accident.

According to a lawsuit filed on behalf of the victim, the vehicle was stopped as the driver, the child’s aunt, prepared to turn left. Another driver struck the vehicle from behind with his pickup truck, according to a CNN Money report.

The 4-year-old victim was sitting in his car seat when the vehicle burst into flames. The jury awarded $120 million for the loss of life and $30 million for pain and suffering. Chrysler was considered responsible based on a faulty product.

The jury found Chrysler showed “reckless or wanton disregard for human life in the design or sale” of the Grand Cherokee’s gas tank, according to CNN Money. Federal safety regulators previously argued the tanks were susceptible to leaking fuel and bursting into flames when struck from behind.

The lawsuit alleged Chrysler placed the gas tank in what is considered a “crush zone” behind the rear axle. The suit claims the company knew the rear location was dangerous, but failed to protect the gas tank from rupturing.

In these cases, the manufacturer can be considered negligent. These cases work under the term strict liability. This means it does not matter if the manufacturer was careless when creating the product. If the product was defective, that could be enough to consider the other party responsible.

Motor vehicles often are involved in product liability cases. Most automotive companies frequently recall items that could potentially have issues, such as parts not functioning correctly. In the case of Chrysler, the vehicle was considered to have a design defect.

A product is considered to have a design defect if there is some sort of flaw in the initial design that makes it unsafe for use. Generally, this means a product with a design issue will have the same problem in all of the products based on that design, such as the unsafe gas tank.

In Georgia design defect cases, the court will look at several factors to determine whether reasonable care was used in the design. Some factors include:

In some cases, a manufacturer can be responsible if there is a “marketing defect.” This occurs when the company knows there could be an issue with the product, but fails to warn consumers of the foreseeable dangers. This also could be applied in the Chrysler case.

No matter the situation, if you are injured from a product, it is important to know if the manufacturer could be held liable. Various types of products can cause injury, and you should not have to suffer for the negligence of another. If you have been injured in a product liability case, contact Atlanta personal injury attorney Emanuel Balams.