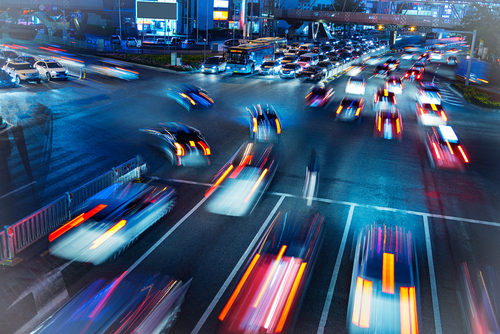 Uber set out to change the way people travel in 2009. In 2012, Uber was joined by its biggest rival to date, Lyft. Both companies have shifted the travel habits of Americans and people across the world. Where it was once uncommon for average people outside of cities like New York to use car services like taxis, it is now normal for people to use Uber or Lyft to get around.

A Pew Research Center poll found that in 2015 only 15 percent of Americans had used Uber or Lyft. In fact, at the time of that poll 33 percent of people polled had no idea what Uber and Lyft even were. Now, Pew Research’s latest poll shows that 36 percent of American adults have used a rideshare service. That number becomes a majority for the 18-29 year old age group with 51 percent having used a ride-hailing service.

The research results also found large disparities for users in urban areas and rural areas. Those in urban areas, such as Atlanta, are more than twice as likely to have taken a ride with a rideshare company.

This may be good news for Uber and Lyft but the increase in rideshare usage has also correlated to an increase in motor vehicle fatalities. A study by Rice University that analyzed data from the National Highway Traffic and Safety Administration Fatality Analysis Reporting System (FARS) found that after the introduction of ridesharing, the number of fatal car accidents increased by 2 to 4 percent annually, even when controlling for other factors. That works out to be about a thousand more deaths every year.

The lead researcher of the Rice study, Professor Yael V. Hochberg, attributes the increase to the rideshare industry simply putting more cars on the road, what Hochberg refers to as the “quantity effect,” more cars, more miles being driven, and more crowded streets means more accidents. Hochberg also believes that the resulting “quantity effect” negates any positive effect from people who shouldn’t be driving, such as drunk drivers, taking an Uber or Lyft instead. This means that regardless of the benefits of the rideshare services, the net effect is more fatalities.

The likelihood of you being involved in an accident with Uber or Lyft has increased and is likely to increase in the coming years. If you have been unlucky enough to have ended up in a rideshare accident in the Atlanta area, reach out to The Balams Firm today. We have extensive experience in Uber and Lyft accidents and we want to help you.