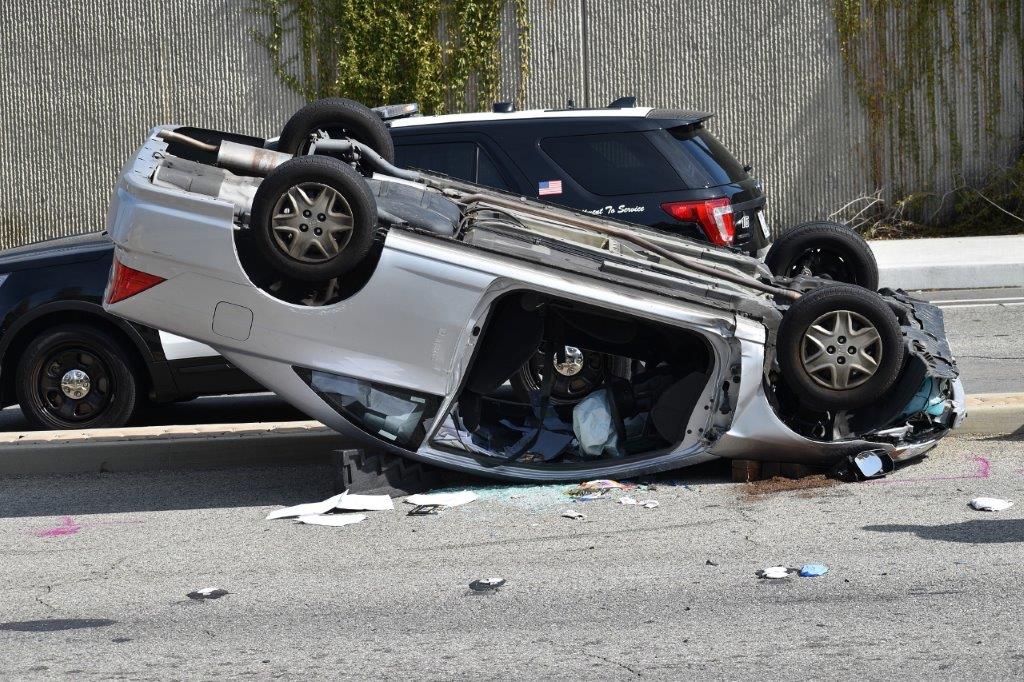 Rollover crashes can be among the most severe car crashes and can result in potentially catastrophic injuries. This can become even more serious if the vehicle rolls over and the driver or their passengers are not wearing a seatbelt.

The odds of being killed in rollover accidents may be relatively low in comparison to the total deaths detailed by the Georgia DOT of just over 1,500 in 2019, but if you are involved in one near the state’s capital you may still find yourself in dire need of an Atlanta, Georgia car accident attorney. Even though they are a small portion of overall crashes, they are devastating nonetheless.

One of the primary reasons that rollover accidents can be so traumatic is the potential for such varied and life-threatening injuries. Since the vehicle undergoes such incredible damages and there are significant physical forces at work, the conditions may exist to produce nearly every type of injury possible in car accidents. Let’s take a look at what the body goes through when the car rolls over during a crash.

What is a Rollover Accident?

Rollover accidents are what happens to a vehicle that is in motion and is tipped over onto either side of the roof. In some cases this can occur with a single driver, however, it’s most common with multiple drivers.

In some more serious accidents where the vehicle is moving at a higher rate of speed, the rollover can result in the vehicle rolling over again and again. Situations like this can result in some of the most devastating injuries and damages imaginable.

Just like nearly all other vehicle accidents, traffic accidents that result in rollovers are almost always due to some form of negligence. This can be negligence by action or inaction, but only in rare cases are the crashes due to factors that are outside the normal control of drivers. Some of the most common causes will include:

What Happens to Your Body During a Rollover?

During a rollover, the vehicle will roll along its front-rear axis, sometimes multiple times, and may come to rest on either the wheels, the sides, or the roof. In the most severe rollover cases, or accidents featuring large or heavy vehicles there may even be cabin intrusion. Cabin intrusion is the effect of the roof and support pillars being smashed inward, effectively crumpling the passenger cabin.

The driver and passengers are subjected to intense directional forces that change rapidly and violently. When the rolling begins, the windows and windshield often break and become projectiles along with anything else in the cabin that is unsecured.

The driver is thrown side to side erratically, potentially impacting the door or window and the steering wheel. In addition, any passengers not using a seat belt become hazards themselves, and can even be ejected from the vehicle. Ejections can cause some of the most horrific injuries as well since the vehicle can then roll over or come to rest on those thrown out.

Being in a car accident with a rollover can create an unbelievably wide variety of injuries including everything from cuts and bruises to traumatic brain injuries and paralysis. Here are some of the most common injury types that occur in a rollover:

If you are a victim in one of the many rollover traffic accidents that occur each year, you may end up suffering significant injuries and damages as a result. However, being in such a traumatic incident means you should focus your efforts and time on healing and recovering.