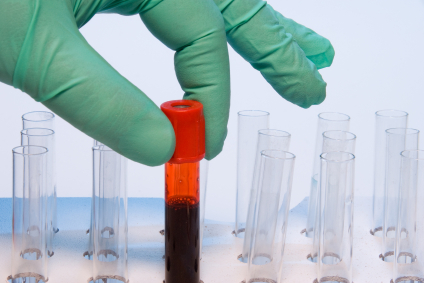 A Marietta woman and her family have filed a lawsuit against the American National Red Cross, claiming one of its employees improperly drew blood during a donation and failed to provide adequate aid, which resulted in life-changing neurological injuries.

The medical malpractice complaint was filed last month in the U.S. District Court for the Northern District of Georgia. It is against the national organization, as well as the American Red Cross Southern Blood Services Region and two phlebotomists involved in the procedure, according to The Daily Report.

What is Medical Malpractice?

Under Georgia law, when medical professionals perform duties associated with their jobs, they are expected to act according to the standards of their professions. There is no room for errors or mistakes. If they fail to meet the standards, it could be considered malpractice.

Medical malpractice can happen through errors in a surgical procedure, by failing to diagnose a person or any act of negligence. Various medical professions can be accused of malpractice, including doctors, dentists, nurses, chiropractors, plastic surgeons and phlebotomists.

According to the complaint against the Red Cross, the plaintiff now suffers from a “loss of function in her right arm, resulting in extreme and constant pain, lost income and enjoyment of life.” She has been diagnosed with reflex sympathetic dystrophy, a rare disorder in the sympathetic nervous system characterized by chronic pain.

There have been other side effects associated with the medical procedure, according to the complaint. This includes temperature differences between her arms and hypersensitivity to temperature changes, difficulty lifting objects and reduced nail growth and yellowish nails on her right hand.

The family is seeking compensation for the damages to cover medical expenses and her loss of income from her job as a dog groomer, as well as litigation costs and attorney fees. These are considered “special damages,” meaning they can be assigned a numerical amount.

The family also is seeking punitive damages, claiming the phlebotomists and Red Cross representative engaged in willful misconduct and negligence by performing the blood test improperly and giving bad medical advice after the procedure had been completed. They failed to advise her of the seriousness of her condition.

Under Georgia Code §51-12-5.1, the term “punitive damages” is synonymous with “vindictive damages” and “exemplary damages.” Punitive damages are additional amounts of money that are awarded to punish the defendant for conduct that was not acceptable.

Punitive damages may be awarded in Georgia only in tort actions in which it is proven by clear and convincing evidence the defendant’s actions showed willful misconduct, malice, fraud, wantonness or oppression, according to state law.

If the damages are awarded, it cannot be done so as compensation for the plaintiff. Instead, it must be awarded as a punishment or deterrent to the defendant. To receive punitive damages, it must be requested in the complaint.

For people involved in medical malpractice actions in Georgia, the true amount of damages will be decided by a jury. Arbitrary limits will not be assigned to damages. An experienced Atlanta medical malpractice attorney can help you receive the full measure of what you deserve.

If you have suffered from medical malpractice and are looking to seek the compensation you need to continue your life, contact Emanuel Balams of Balams Law Group. He is skilled in fighting for those who have suffered from preventable medical errors. He can help you move forward with your life.