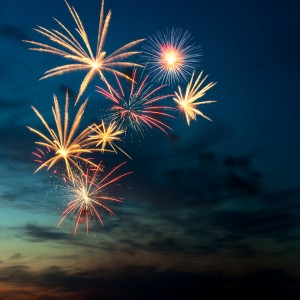 Independence Day is one of the most anticipated days of summer each year. It is a representation of the birth of American independence and has been a federal holiday since 1941. Now, families throughout Georgia and other states celebrate the Fourth of July with parties, barbecues and fireworks.

Although fireworks are synonymous with the celebrations, they still can present some serious safety issues. According to the United States Consumer Product Safety Commission, about 230 people on average each year visit an emergency room on days around the holiday with firework-related injuries.

Children often want to partake in lighting and holding the fireworks, but this could present some hazards for them and others near them. According to the U.S. CPSC, children younger than five years old experienced more injuries in 2013 than any other age group that year.

Past reports indicate consumers sometimes feel comfortable handing off to children fireworks devices perceived to be less powerful, such as sparklers and bottle rockets. In 2013, sparklers and rockets accounted for more than 40 percent of all estimated injuries, according to the commission.

Sparklers, although they appear safe, still can create dangers for children. These sparklers can burn at temperatures of about 2,000 degrees, which is hot enough to melt some metals, according to the commission.

However, if a parent is supervising and he or she decides to give a child the firework, it should be in an open outdoor area, and it should be kept away from their face, hair and clothing. Water and hoses also should be kept handy in case of a fire or other mishap.

According to Georgia law, negligence means a person had a responsibility to act a certain way — usually as a “reasonable person” — but failed to do so, and that someone was hurt as a result. It does not matter if the injury was intentional or if it was accidental.

Georgia law allows children more opportunities than adults to file a lawsuit after a negligent injury. Under Georgia Code § 9-3-90, a person who was a minor at the time of an accident has up to four years after he or she is injured to file a claim.

Additionally, parents can file a lawsuit on behalf of a child as his or her “next friend,” or “guardian ad litem.” The lawsuit will look out for the best interests of the child and compensate the child for his or her losses. This could be costly for the parents, although a separate suit could be filed to cover the expenses.

Firework injuries always should be taken seriously. An injury could affect a child for the remainder of his or her life. If your child has been injured in a firework accident in Georgia, contact Atlanta personal injury attorney Emanuel Balams. Contact Balams Law Group today at (404) 445-2005 to schedule a free consultation.