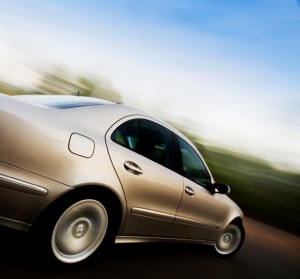 After declaring nearly 34 million airbags defective last month, Takata Corp. has said several of the cars that already have been repaired will need to have a second airbag replacement to ensure the vehicle’s safety.

According to a CNN Money report, an executive for the company said in a testimony for a Congressional hearing Tuesday some of the cars that have been repaired have been done so with a “batwing” inflator, which the company now thinks may be tied to the defective bags.

The original recall of roughly 33.8 million airbags now is considered to be the largest auto recall in United States history. The recall has affected airbags in vehicles throughout the country, on both the driver and passenger sides. About 11 automakers, including Honda Motor Co. and Toyota Motor Corp., have used the airbags.

The recall was initiated after the faulty airbags caused six deaths and thousands of injuries. Originally safety regulators suspected the chemical that inflates the air bags made them explode with too much force, sending metal and shrapnel into the passenger compartment.

However, according to CNN, executive vice president of Takata Corp’s North American unit Kevin Kennedy said the “batwing” inflator has been linked to the explosions. He said it was detected in most of the vehicles that caused injuries to people and all vehicles that had explosions that resulted in death.

When a person is injured by a product or the use of the product results in death because of some sort of mistake, the person who was injured or the family of a loved one who was killed could be eligible for compensation under “products liability.”

Under Georgia Code § 51-1-11, the manufacturer of a product is liable to purchaser of a product if he or she is injured by or in connection to a product that is “not merchantable and reasonably suitable to the use intended.”

Most product liability cases work on a theory called “strict liability.” Under this theory, it does not matter if the manufacturer or seller was careless. It only matters that the product that was produced and sold had some sort of defect.

A product could be defective in three different ways under product liability law:

A design defect would be some sort of flaw in the inherent design that makes it unsafe for use. A product with a design flaw could have the same problem consistently across the market. A product could be considered defective if there was an alternative design that was practical and economically feasible.

Manufacturing defects are slightly different. These have a safe design, but have been produced in a way that makes it more dangerous than if it was produced properly. This could mean using poor materials, making a small mistake or using faulty equipment.

In some cases, a manufacturer can be responsible if there is a “marketing defect.” This occurs when the company knows or should know there could be an issue with the product, but fails to warn consumers of the foreseeable dangers. Most of these defects relate to products that are considered unsafe while used correctly.

Automobile and their components often are the subject of product liability cases. No matter the defect, if a product injures a consumer he or she could seek compensation for medical bills and other costs associated with the injury. Contact Atlanta personal injury attorney Emanuel Balams.